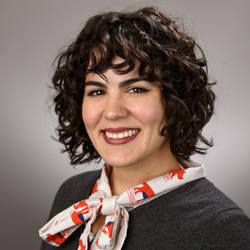 Vik is a postdoctoral fellow at Rutgers University studying the tissue specific role of FXR in the colon under the guidance of Grace Guo, M.B.B.S., Ph.D. She completed her PhD under the mentorship of Heather Francis, Ph.D. at Indiana University School of Medicine where she studied mast cell regulation of bile acid signaling and biliary FXR/FGF15 expression in cholestatic liver disease. Vik has a passion for science communication and outreach and serves as co-host of Behind Our Science podcast where she is responsible for scientist interviews and scientific article highlights. She serves as a member of the ASIP Committee for Equal Representation and Opportunity and is an advocate for increasing representation and equity in STEM. You can follow Vik on twitter (@TXevergreengirl) and Instagram (@theevergreengirl). 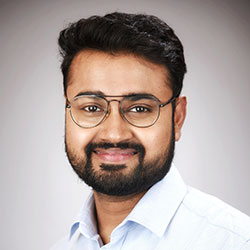 Debjyoti is a graduate student at Indiana University School of Medicine (IUSM) studying the role of senescence in driving the phenotypes in non-alcoholic fatty liver disease under the guidance of Dr. Heather Francis, PhD, FAASLD. He completed his undergraduate and master degrees from University of Calcutta, India upon which he started his graduate school at Indiana University. Debjyoti has a passion for science communication to non-scientific audience and serves as the vice-president of education in the IUSM chapter of Toastmasters International- Communicators at IUPUI where he regularly delivers speech, and mentors other members for public speaking science communication . He has been the student representative of the department of biochemistry and molecular biology at IUSM and has served in the Graduate oversight committee in the same institution. He also served in the executive committee of Biomedical Graduate Student Advocacy Association in IUSM. You can follow Debjyoti on twitter (@thehepatologist). 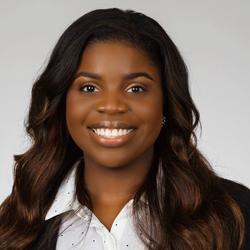 Janiece Glover is a PhD student at the Medical University of South Carolina (MUSC) in the lab of Dr. Mindy Engevik. Janiece’s PhD research focuses on how the pathogenAcinetobacter calcoaceticuscan colonize the intestine and promote pro-inflammatory responses. Janiece is funded by a NIGMS T32 training grant and a Histochemical Society Cornerstone Grant. Janiece enjoys being involved and currently serves as the Co-President of the Black Student Union, member of the University Honor Council, Community Service Chair for SC-PEAR and mentors PREP students at MUSC. Her ultimate career goal is to inspire future generations of minority scientists by becoming an impactful and productive Black female investigator. You can follow Janiece on twitter @janiecesharmell. 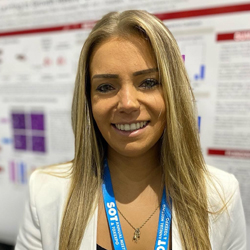 Danielle is a 4th-year PhD candidate studying Toxicology and Pharmacology at Rutgers University. Her research focuses on studying the protective role of a single placental transporter against heavy metal-induced placental toxicity leading to the gestational pathology fetal growth restriction. In September 2020, she was awarded 3-years of funding through her own NIH/NIEHS F31 NRSA fellowship, where she plans to combine cutting-edge digital pathological tools to study placental and fetal toxicologic pathology. Danielle has a strong passion for mentorship, involvement, and improving the science community. Over the past four years, she has taken several leadership courses and has held numerous student leader roles within her respective university and on national committees. No matter the role, Danielle aims to expand student involvement in the current trend of increased scientific and career mentoring, and the educational activities of the groups she leads. Outside of science, Danielle is an active gym-goer who enjoys cooking and the shore. 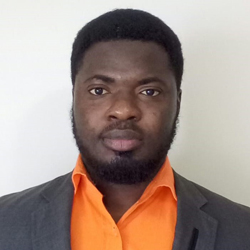 Nathaniel is Postdoctoral Research Fellow under the mentorship of Dr. Philip King at the University of Michigan Medical School. Nathaniel is currently investigating the role of regulated endothelial cell collagen IV secretion in the development and function of the blood and lymphatic vascular systems in mice. Nathaniel completed his PhD in Molecular Biomedicine under the supervision of Dr. Michael Schnoor. For his PhD, he investigated the role of the actin-binding protein cortactin in the development of sepsis. 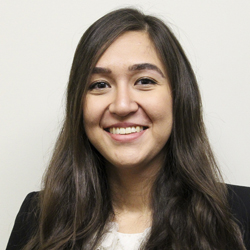 Joud is a Ph.D. student at the University of Pittsburgh. Her research studies the role of inflammasomes in trauma-induced coagulopathy under the mentorship of Dr. Melanie Scott, MD, Ph.D. in the Department of Surgery. She obtained her Masters of Science from Brown University investigating non-alcoholic fatty liver disease progression with Dr. Chiung-Kuei Huang, Ph.D. Joud is passionate about promoting diversity and inclusion in STEM. She is the co-chair of the Diversity & Inclusion Committee at the Biomedical Graduate Student Association at the University of Pittsburgh. You can follow Joud on Twitter @JoudMulla 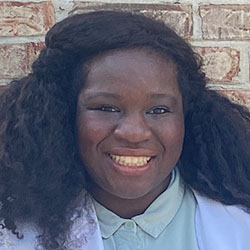 AdePeju Oshodi (affectionally known as Peju) is a master’s student at Indiana University School of Medicine in the Department of Microbiology and Immunology and will begin PhD studies at Cornell University in Fall 2022. Peju is uniquely trained in both clinical and basic science research with a keen interest in the role B cells play in food allergy response and regulation of the gut microbiome. Peju is a champion and advocate for Black and other historically excluded groups in STEM evidenced by her involvement with Black in Immuno. Outside of science, Peju has a passion for understanding God’s will, being a director for the Telluride Association, and sampling all things spicy.